The challenge this month was to create a landscape in a log mould that didn’t contain any man made structures. This is quite difficult as many of the landscapes around me do contain man made structures. I decided to replicate this image of lavender fields as it is grown in Devon near to where I live. I also loved this photo as the vibrant purple from the lavender contrasts beautifully with the yellow and blue clouds in the skyline. 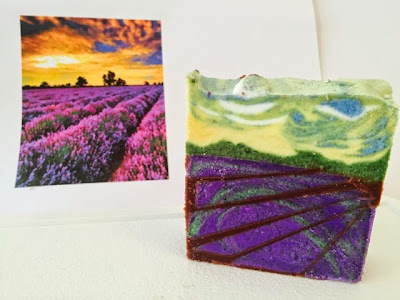 I put this second picture up as it captures the yellow colour of the soaps better. 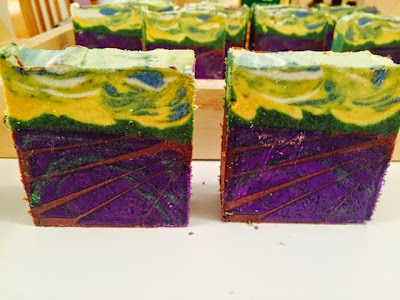 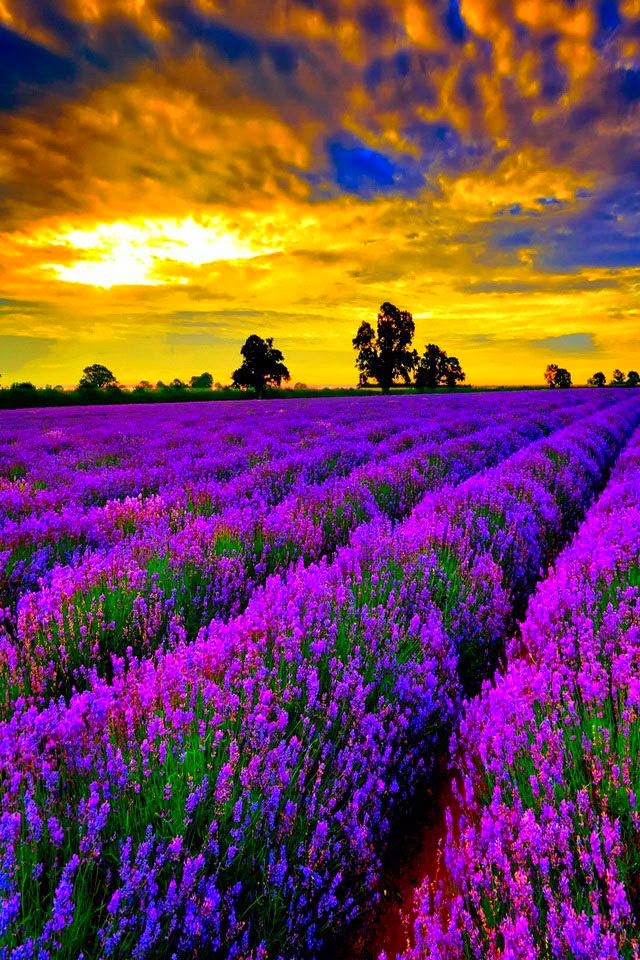 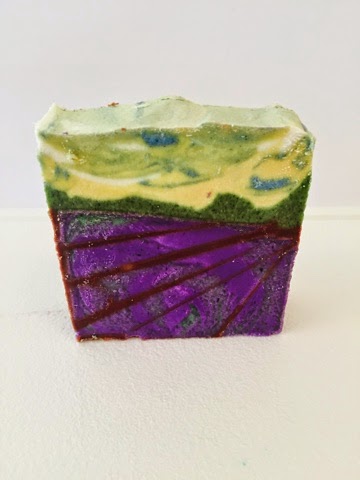 The soap recipe I used traces at a medium speed and creates a hard bar that can be unmoulded fairly easily.
Palm Oil 40%
Olve Oil Pomace 30%
Sunflower Oil 10%
Lard 20%
I scented the bars with 3% lavender EO as it matched my theme.
I started by making an in the pot swirl with a mixture of purple and green batter (liquid soap dye and spirulina) which half filled the mould. I allowed this to harden for a day, then removed it from the mould and sliced it into sections to represent the lines between the rows of lavender bushes. 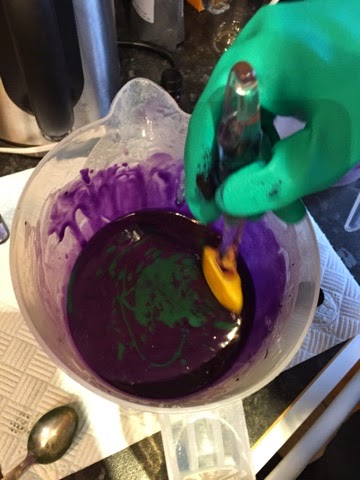 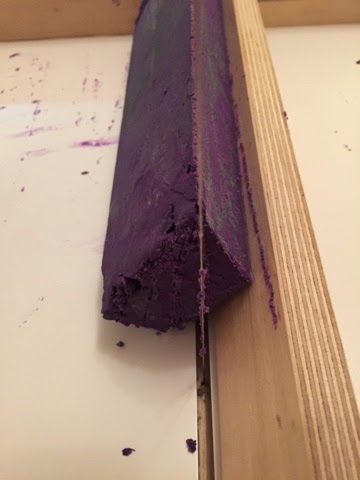 I used my soap loaf cutter from themouldsshop.co.uk to cut nice straight lines into my embeds. I would have really struggled without it! 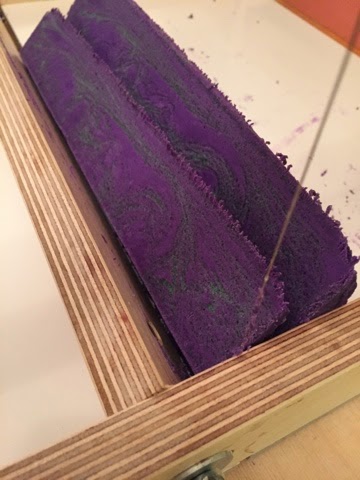 I then mixed up another batch of batter to fill the rest of the mould. I divided it into five different unequal parts to complete the design. One part brown for the soil between the lavender rows (cocoa powder), one part green (spirulina) for the tree line, one part yellow (liquid dye) for the horizon, one part blue (liquid dye) for the sky and one part white (plain batter) for the sun coming through the clouds. 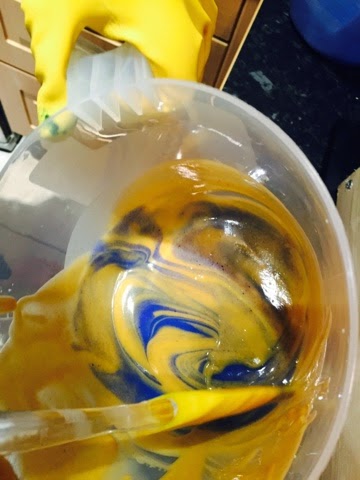 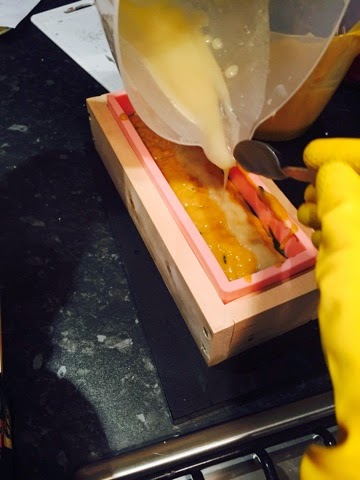 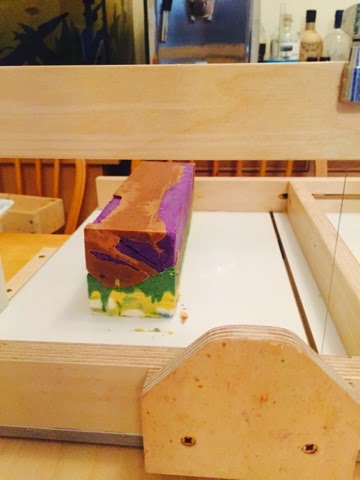 I had two attempts at this. The first attempt was made in a similar way, but I used mica to colour it. I wasn’t happy with the colour vibrancy and the brown lines in between the rows weren’t very distinct so I tried again with the liquid colourants.
Here is my first attempt. 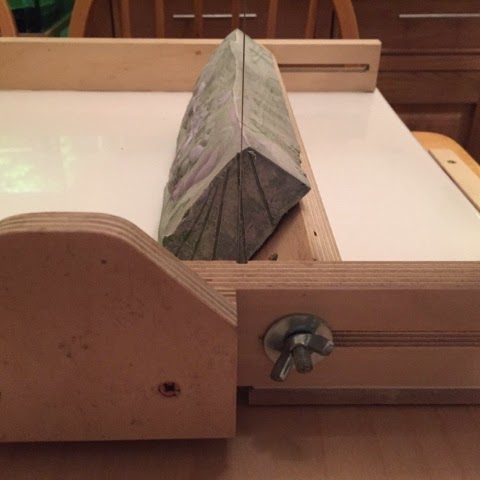 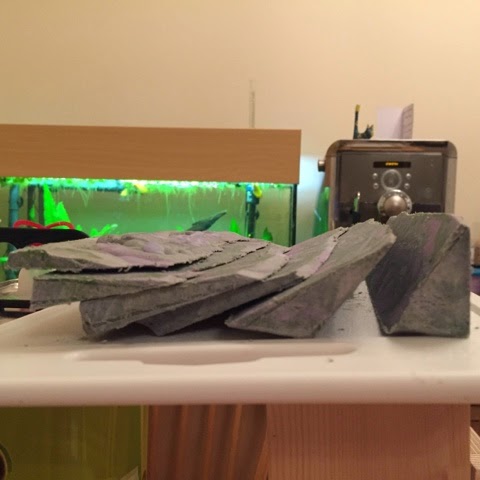 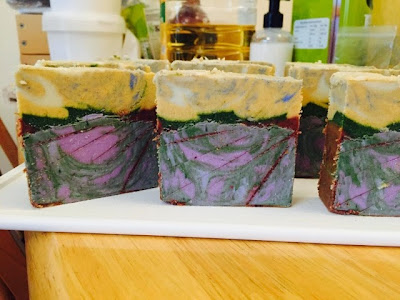 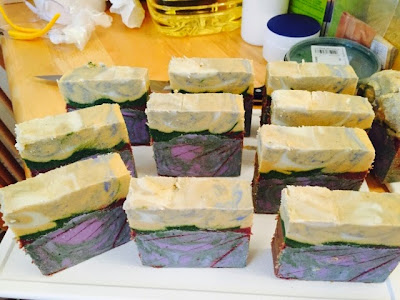