I had a lot of old scraps that needed using up so I decided to melt them down and rebatch them into more useful bars.

I took 950g of old soap scraps and grated them with a food processor. 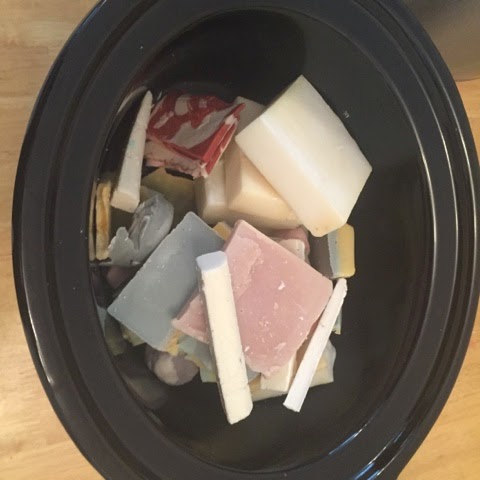 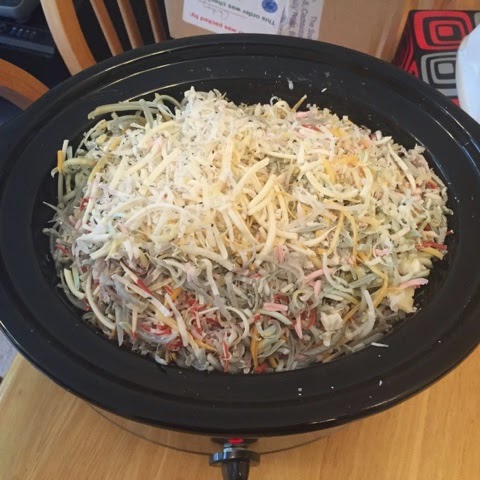 I then placed them in a crock pot on the high heat setting along with 500ml of freshly brewed coffee to turn the multi coloured scraps into a more attractive brown colour. I also added 27g sodium lactate, approx. 3% of the soap weight to make the soap smoother and easier to get into the mould. 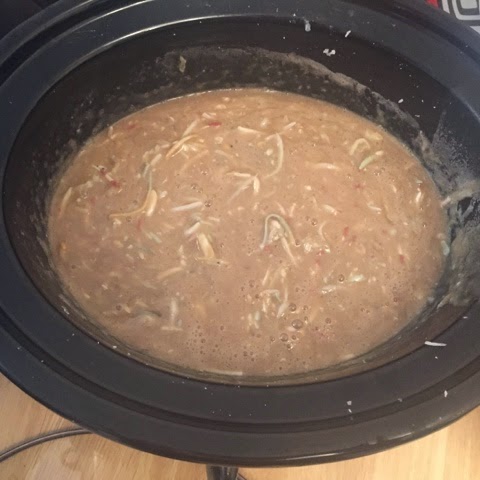 I boiled the soap mixture for several hours stirring occasionally to make sure it didn’t boil over. When the majority of the gratings had dissolved and the volume of the mixture had reduced to about a third, I added some fresh coffee grounds, about 2 tbsp and set the mixture aside to cool. 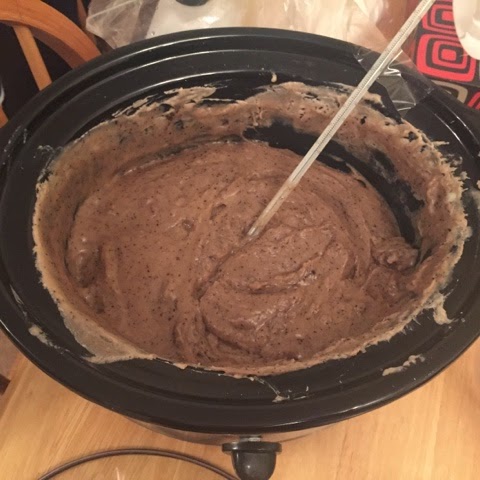 When the temperature had dropped to below 45C, I added some new fragrance. The old fragrance from the scraps boiled off during the melting process. I re scented with a mixture of rosemary and patchouli at 3% of the original soap weight. 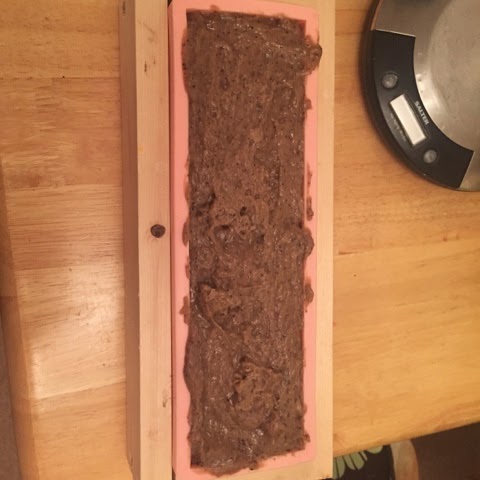 I am quite pleased with the results, the bars look pretty smooth and they don’t look like a rebatch. I will leave them to cure for a couple of weeks before using them. I think next time I will use less sodium lactate, perhaps reduce it to 1.5%, as I think it will still be effective at a lower level. 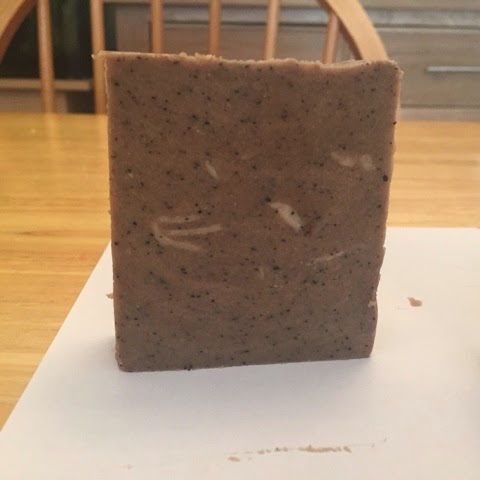